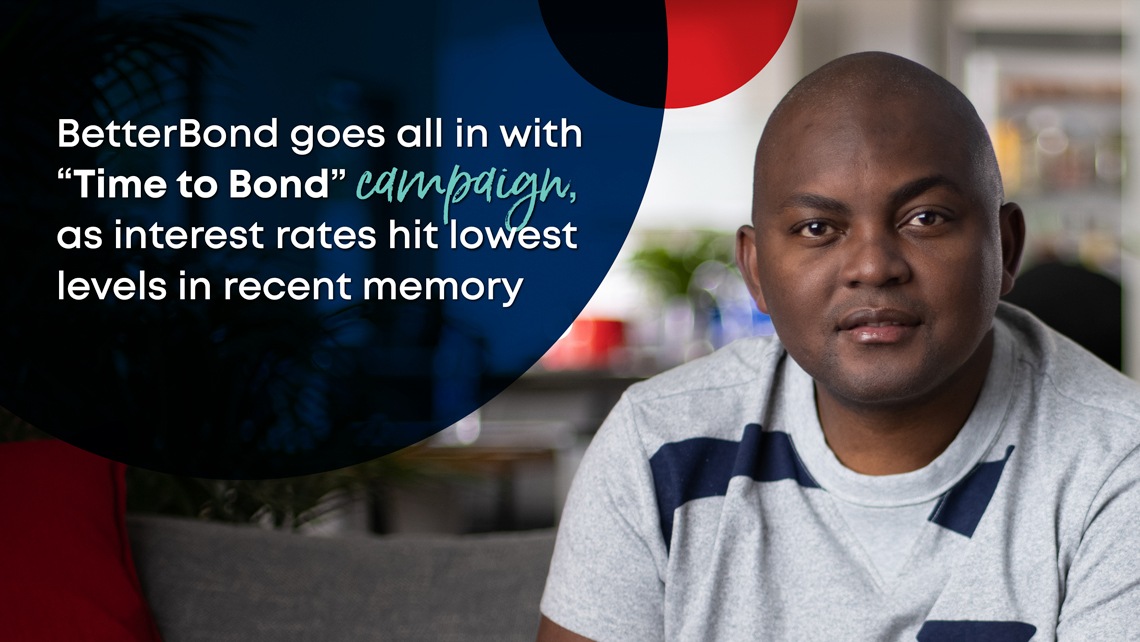 With five consecutive repo rate cuts this year resulting in a prime lending rate of 7% - the lowest it has been since 1965 - a historic lending environment has been created in South Africa.

In recognition of this monumental period in our history, BetterBond has today launched its "Time to Bond" campaign highlighting why there has never, in living memory, been a better time to apply for a bond.

"We are so committed to creating awareness for all South Africans about this massive opportunity that we will pull the campaign when and if the interest rate goes above double digits and the lending environment is not as favourable for consumers," says Carl Coetzee, CEO of BetterBond. "We are not alone in our quest to encourage potential buyers to make the most of the current interest rate. The South African Reserve Bank itself sent out the clarion call with a recent social media post that read: 'Hint for potential homebuyers: the prime rate is at a 54-year low now'.

"We firmly believe that everyone needs to understand why the record-low interest rate is having such a significant impact. South Africans should know that affordability has improved by over 30%, because of the current lending environment." If you buy a R1 million home, at the prime rate of 7%, you are paying 80% less than you would have in 1994 when the interest rate was at 16.25%. This means that when most buyers were able to enter the property market for the first time in a democratic South Africa, it would have cost them R3.4 million in repayments for the same R1 million property that today will cost just R1.86 million to finance.

Coetzee adds that this is the first year in five decades that borrowers have an upper hand on cash buyers in the housing market. It's the first time in as many years that the interest cost of a bond (7%) has been below the real returns of the stock market (9.1% over 25 years). And, for the first time in the history of the new South Africa, it's more profitable to borrow than buy a home for cash. "We believe that this radical shift in housing affordability has crossed an important threshold. And, that many would-be cash buyers will be rather taking out a home loan, so that they can deploy their cash elsewhere," says Coetzee.

"There is also no better partner to help BetterBond spread this good news story about the benefits of investing in property right now, than someone who has done it himself. We are therefore proud to have South African DJ and property investor Euphonik as the voice of our exciting new campaign" says Coetzee.

Says Euphonik of his property journey which started in 2009 when he bought his first home: "The real investment is the bonds you make there, with the people you love." A self-confessed property enthusiast, Euphonik adds: "I believe that young black South Africans need to know as much as possible about buying their own house." He emphasises that the first property investment is the most important. "If you buy your first house the right way…. then you can really create proper wealth."

This aspiration to create wealth and gain financial independence lies at the heart of property investment, says Euphonik, especially in a country where so many black South Africans come from families who were unable to invest in property before 1994. Knowing about interest rates and how a bond originator can negotiate on your behalf to secure the most competitive bond is a critical part of this journey, he says. "Furthermore, Africa's biggest commodity is hope, and if you own your own property, that is a sign of hope." So confident is Euphonik of BetterBond's message that he recently responded to a Tweet by US rapper Kanye West saying "buy land", with the recommendation to also "buy property".

In real estate agent parlance, the current low interest rate has undoubtedly created a "buyers' market", which by implication means that for those who can, now is certainly the best time to apply for a bond. This is especially true for first-home buyers, who for the past three months have accounted for 70% of BetterBond's home loan applications. Buyers who would previously never considered property as an investment option, are now able to gain that all-important foothold on the property ladder. And, as Euphonik explains, once someone has bought their first property, it is so much easier to invest in other assets going forward.

"But what also makes the property industry so rewarding is that it is not just about the head - interest rates and market trends - it is also about the heart. It's about the families buying homes and the people investing in their future. The fact that "a time to bond" has added meaning for South Africans makes this campaign even more powerful," says Coetzee. 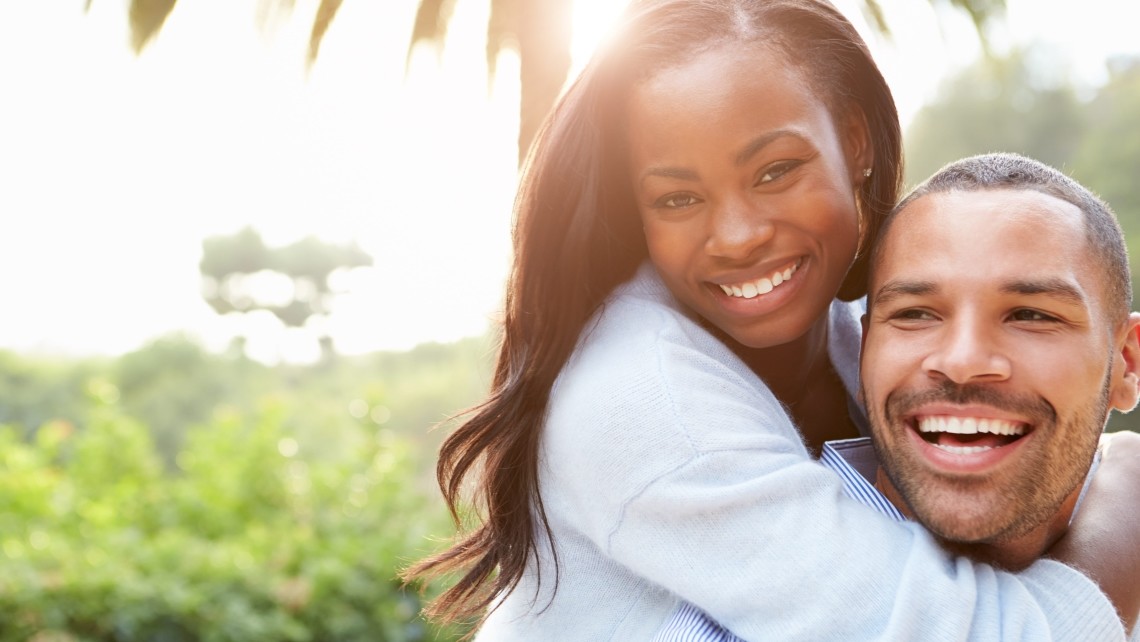 Young investors give residential property the thumbs up
The future of South Africa’s housing market is looking bright, as ... 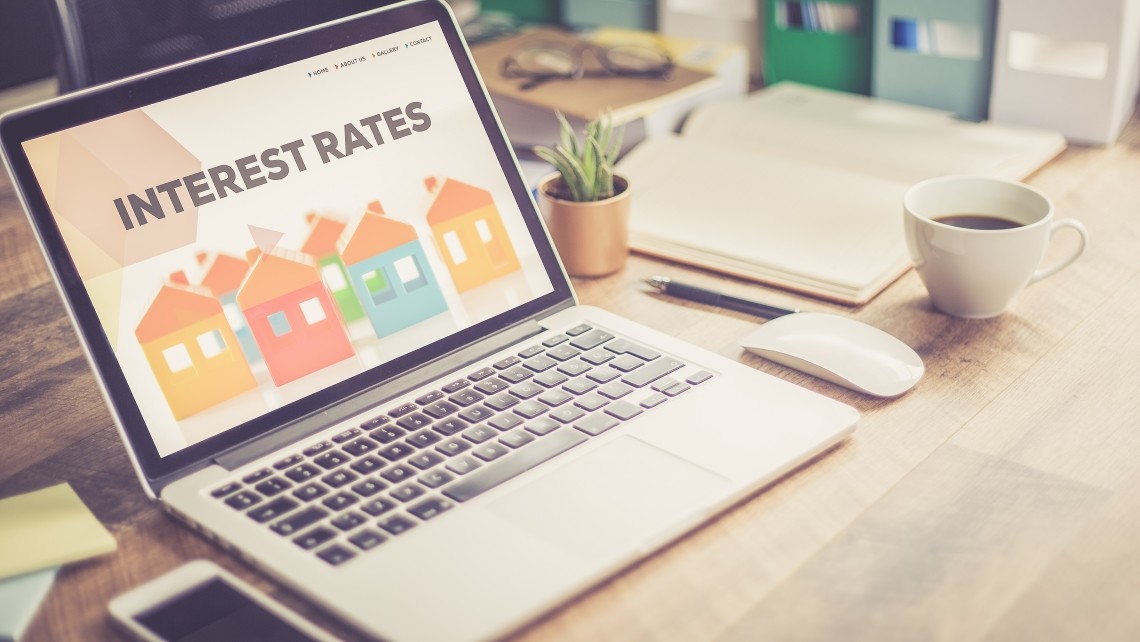 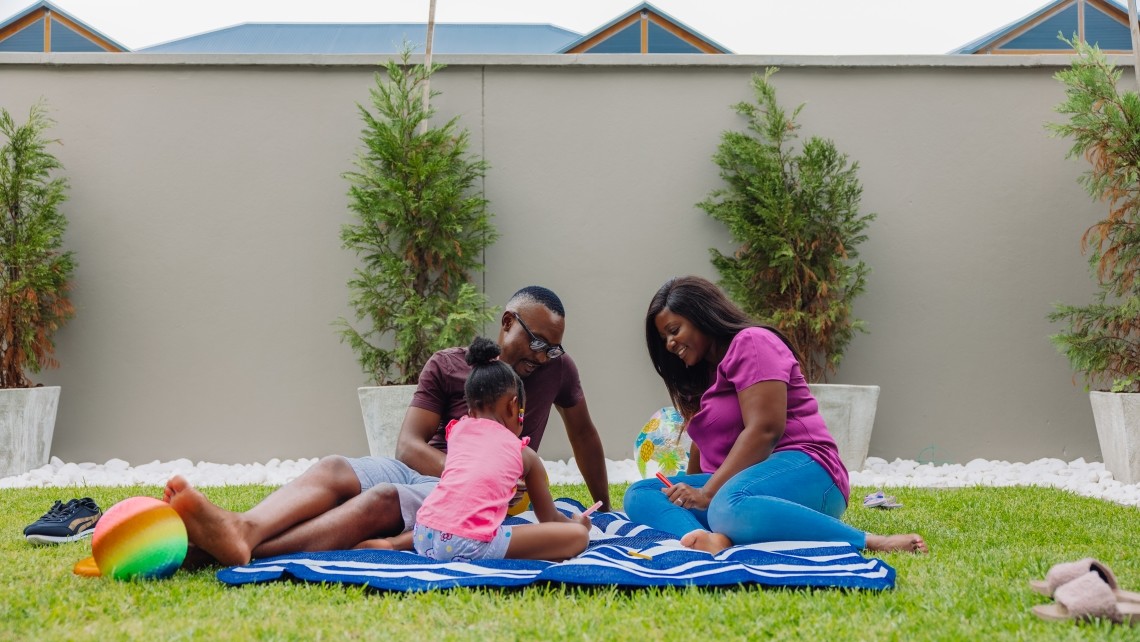